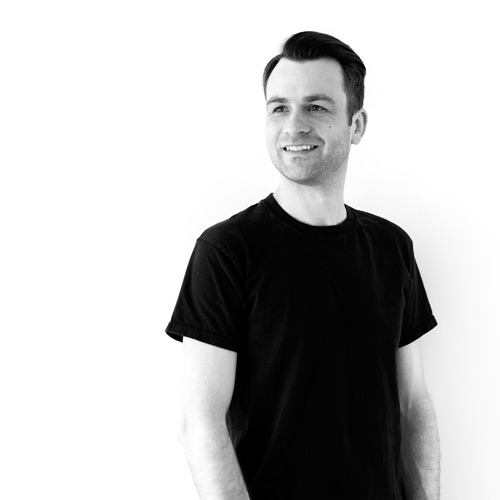 Creating visually balanced and inviting landscape images is a skill. Forget the luck of being in the right place at the right time, composition is all down to the photographer and even the most incredible conditions in an amazing location can be let down by a weak composition.

"...foreground interest is an object that relates to the scene as a whole and acts as a visual stepping stone to eliminate boring empty space that can otherwise make images look top-heavy and unbalanced."

Foreground interest is a compositional device that can be used alongside the rule-of-thirds to help to create visual balance and help the viewers’ eye to enter the image. It could be a rock, a patch of flowers, a stream or anything that fills the bottom of the frame effectively.

The object is often best placed according to the rule-of-thirds; as a reminder, the rule-of-thirds imagines that the frame is split into nine equally sized rectangles by two horizontal and two vertical lines. The four points where these lines intersect are where prominent objects in the frame, such as foreground interest and the focal point are best placed.

In landscape photography, foreground interest is an object that relates to the scene as a whole and acts as a visual stepping stone to eliminate boring empty space that can otherwise make images look top-heavy and unbalanced. It can also be used with lead-in lines that enter the scene at the bottom of the frame to create interest at the bottom of the image that also directs the eye into the scene.

"Don’t use any old object as foreground interest simply to fill space, even if it’s composed perfectly according to the rule-of-thirds."

Foreground interest is most effective with images taken in portrait format because their upright nature means that there’s more space at the bottom of the frame to fill, but it also works well with landscape format images. In this article, we’ll take a look at how to focus correctly for sharpness throughout the scene when incorporating foreground interest, as well as some effective uses of the compositional devices.
‍

The most effective way of ensuring the entire scene is pin-sharp when shooting landscapes with prominent foreground interest close to the camera is to focus stack. This technique, however, is much more labour intensive at both the shooting and editing stages, so we’ll focus on how to achieve the largest depth-of-field in a single shot.

In a nutshell, when using foreground interest in a landscape shot, you should focus one third into the depth of the scene beyond the foreground interest (setup pictured below) to achieve close to hyperfocal distance without messing around with hyperfocal distance charts for your camera and lenses. Remember, this is the depth of the scene, not one-third of the way up the frame.

What is hyperfocal distance?

In it's simplest form, it is the focus distance giving the maximum depth of field in the frame, so the whole image is as close to pin-sharp as possible

After this, ensure that you’re shooting at either f/11 or f/16 on a full-frame camera to maximise depth-of-field. For an equivalent depth-of-field on other systems, set f/8 or f/11 with an APS-C camera and either f/4 or f/5.6 on Micro Four Thirds.

Foreground interest in use…

This image uses foreground interest in the form of the rocks at the bottom of the frame, which also act as lead-in lines to guide the viewers’ eye into the scene to the focal point. Points of interest in this image are the rocks in the middle ground and, of course, the sunset that’s happening in the distance.

Foreground interest doesn’t have to be large or complex, as this image demonstrates perfectly. By balancing the rock in the foreground diagonally against the lighthouse in the background using the rule-of-thirds, the photographer has created a simple yet well-balanced image with the emptiness of the beach essentially eliminated.

There may not be a huge amount going on in this scene, but it’s all about the foreground interest and how the light catches it to emphasise the texture of the salt. The image breaks the rules by not conforming to the rule-of-thirds with the sky occupying less than the top third of the frame, but the strong foreground interest makes it work.

Foreground comes in many forms, and while a mirror-like reflection of a scene isn’t what you’d call classic foreground interest, it almost certainly performs the same function of effectively filling space and helping the viewers’ eye to ‘step’ into the image. Not to mention, the perfect symmetry adds a whole other level of interest.

Iceland may be one of the most photogenic places on Earth, but the rules of composition still apply and this image uses the green grass in contrast with the black sand as foreground effectively. Here, the foreground isn’t close to the camera and blends into the middle ground, but it’s the colour contrast and texture that makes it work.
‍

An example of when foreground interest doesn’t work

There are many situations where foreground interest doesn’t work, and one such time is when an object such as rocks are included in the bottom of the frame but lack any prominence.

"...even the most incredible conditions in an amazing location can be let down by a weak composition."

Try changing the height of your tripod to make the object more prominent. For instance, a small rock would need a low tripod height, while long rocks with lines leading towards the focal point might require the tripod to be set higher.

In the images below, the first shot uses the arrow-like shape in the muddy sand to point towards the rising sun and castle in the distance. The second image was taken as the tide came in and covered the mud, reducing its prominence and making the foreground area look essentially empty.

At a glance, and upon closer inspection, the first image is much more interesting and balanced despite the simple foreground interest used.
‍

Don’t use any old object as foreground interest simply to fill space, even if it’s composed perfectly according to the rule-of-thirds. Whatever you choose to include in images as foreground interest must be visually interesting, related to the scene and ultimately add to the image, rather than simply ticking a box on a list of compositional rules.

James is a freelance photographer and journalist producing content for photography magazines and websites and is a former deputy editor of Practical Photography magazine. He’s also the author of The Digital Darkroom: The Definitive Guide to Photo Editing.

Upgrade to Picfair plus now to:
Unlock my features
“I’ve used places like Getty and Adobe and this is much better in my experience”— Marcin, Picfair Photographer
Love photography? Sign up to Picfair now

Focus is the world’s leading resource for aspiring photographers. Every guide is specially commissioned by Picfair & written by selected experts in their field. Which means - unlike elsewhere - you only get the very best advice the world has to offer, all in one place.

Included with Picfair Plus

photographers to the next level

Love photography? Sign up for free now to get everything you need to start selling your photos, including:

“The all-in-one solution for selling your photography”
— Petapixel

Upgrade to Picfair Plus now to:

Unlock my featuresOr learn more about Picfair Plus

“The all-in-one solution for selling your photography”
— Petapixel